I’ve been coveting a cropped jacket for a while now, Burberry or Balmain preferably (I didn’t break this news to hubby before Christmas so I will forgive him for his oversight this year). But as Burberry doesn’t appear to be on my current shopping budget, I ransacked my closet to find another appropriate option. Of course, I was unable to find a cropped jacket, but I did cast my eyes over an old black jacket that I had worn a few years earlier during my pregnancy and only occasionally (out of desperation) thereafter. 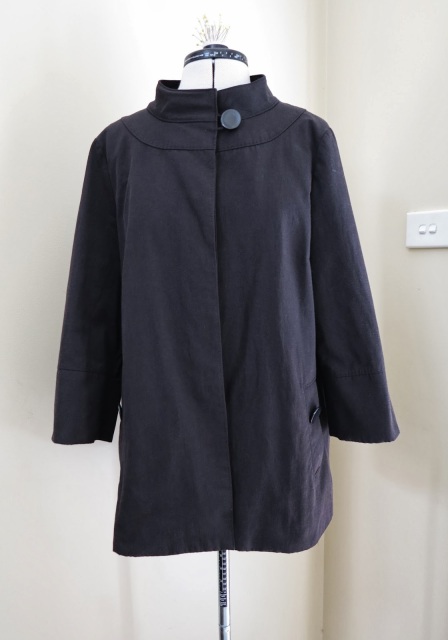 It looks pretty blah doesn’t it. I like the arm length, but that was about it. The jacket itself was from an uninspiring shop, made in some type of polyester that is designed to remain crisp and last forever, but will probably end up clogging the stomach of some  poor ocean animal. It was the perfect jacket to gain confidence in making alterations whilst potentially adding a nice item to my winter wardrobe. 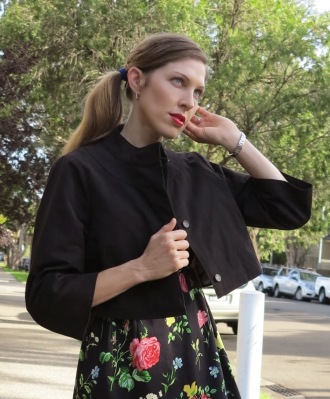 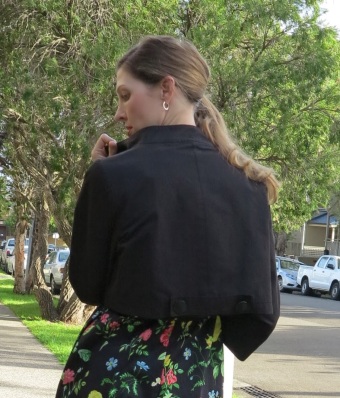 The alteration was simple. I measured across where I would like it shortened to, marked it with chalk, and then carefully cut across. I then made sure to restitch about 2cm on top of all the side seams so they didn’t unravel. After this, I unpicked the front placket edges so I could fold it and the hem neatly across, all the way along. I probably should have interfaced my new hem but I didn’t think of this at the time. Instead, I used fusible web under the folded fabric hem, before folding under the lining and slip stitching this all the way across about 1.5cm from the hem edge. To me, it looks neat and professional. I was most worried about not achieving a straight hem line and lining up the buttons, or misjudging the ease needed in the lining.

I also took the opportunity to study the insides of the jacket bits that I cut off, and marvel at the amount and variety of interfacing used in such a basic jacket. It’s not that I wasn’t expecting to find interfacing on the inside, but it reminded me of how clueless I used to be in my early days of sewing.

I’m much happier with my new cropped jacket. The beautiful dress is Trelise Cooper. And the little girl in pyjamas pink ballerina cat in the background is Miss Four. 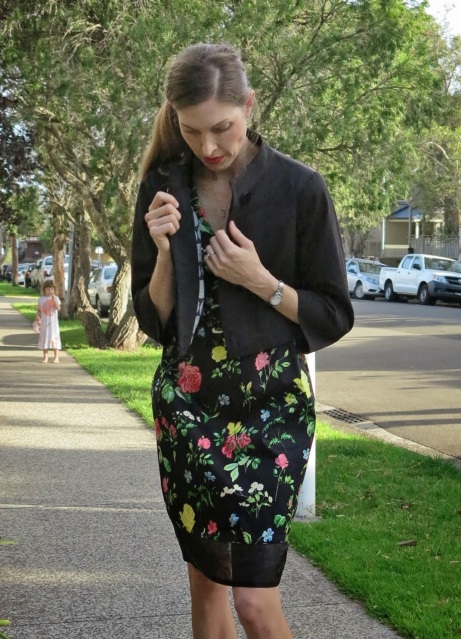 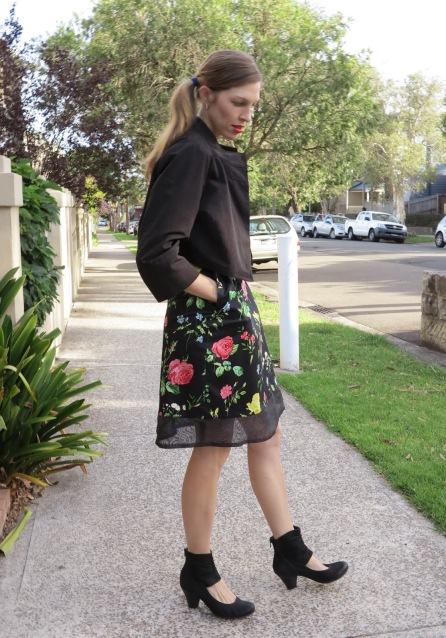 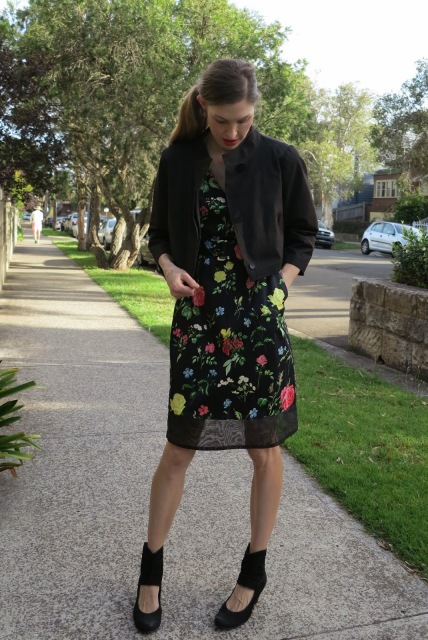 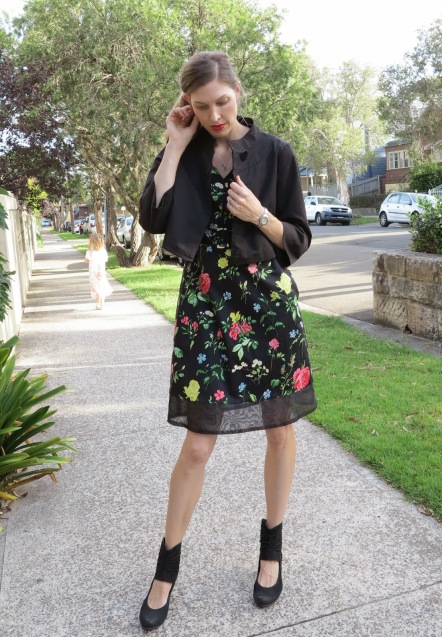 2 thoughts on “A little bit of reconstruction”