We’d only been in the neighbourhood for a few months when I started hearing about this little street party that is held annually on the Fourth of July. Apparently, there is face-painting, a ticker tape parade that begins in our cul-de-sac and ends in the next, bagpipe playing, lots of fireworks and much merriment that runs late into the night. I was warned that it starts in the morning, and that everybody dresses in red, white, and blue. 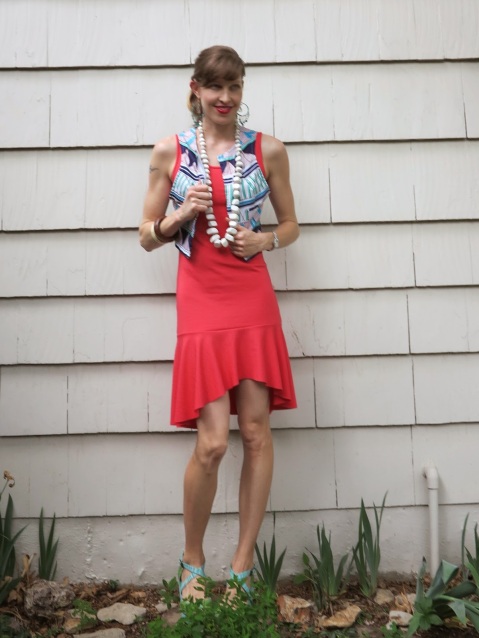 Generally, I’m not a huge fan of costumes (says the woman who just made three Elsa dresses for her girls). Well, to rephrase that: I don’t like making things that will only be worn once or twice. So my first action was to investigate the girls’ cupboards. Miss Six was sorted, or so I thought. Until she informed me that her perfectly suited (cool and comfy) red jumpsuit was not an option. She was going to wear her blue Elsa dress, and it fit the rules because it was blue. Okaaaaay, so I can’t actually argue with that logic.

I chose this option for Miss Two, but of course, it was also kicked to the curb in favour of the blue Elsa dress. Of course middle child also had to join the Elsa party, so at this point, the Fourth of July outfits in this house are all Elsa dresses. I’m wondering if I can add some red ribbons to their hair. 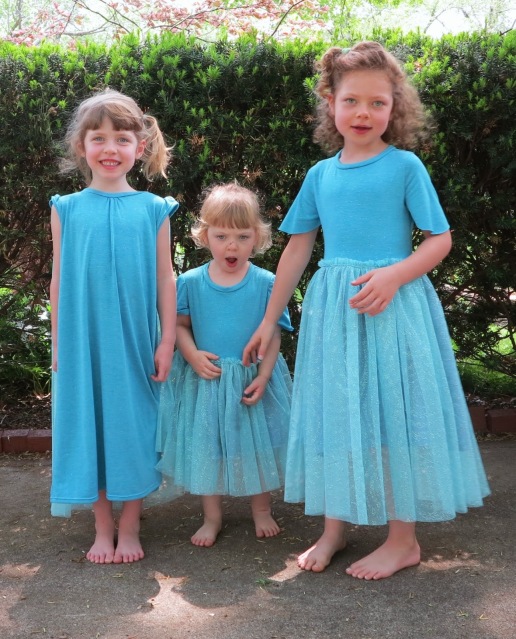 So in order to bring a little balance to this party, I decided to make something for myself. I had a little bit of red ponte left in my stash, purchased from Tessuti several eons ago. I love ponte knits and Tessuti fabrics often get the most delicious prints in from Italy. But I quite like their solids too. Ponte is insanely easy to sew and very flattering to wear.

I used the pattern I drafted for my first Jaywalk entry, but because I was dealing with a more stable ponte knit rather than a more stretchy jersey, I had to make some changes. I slashed the front to add bust darts and widen it a tad. I also added an extra 2cm in width along the entire length of the CB. 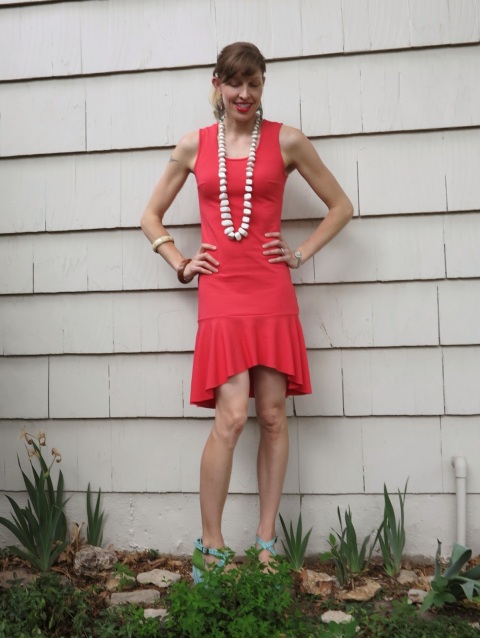 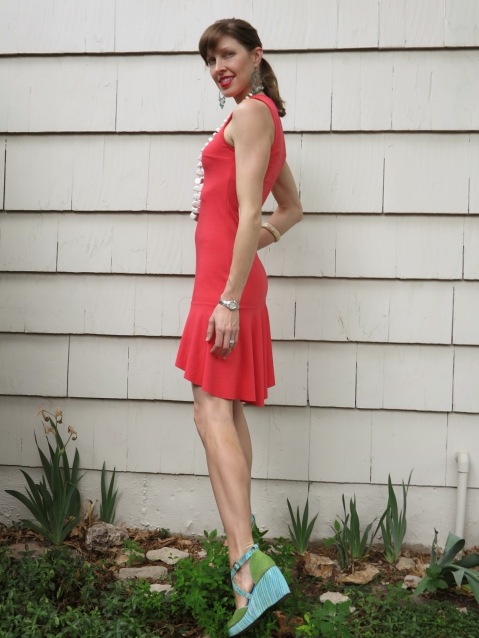 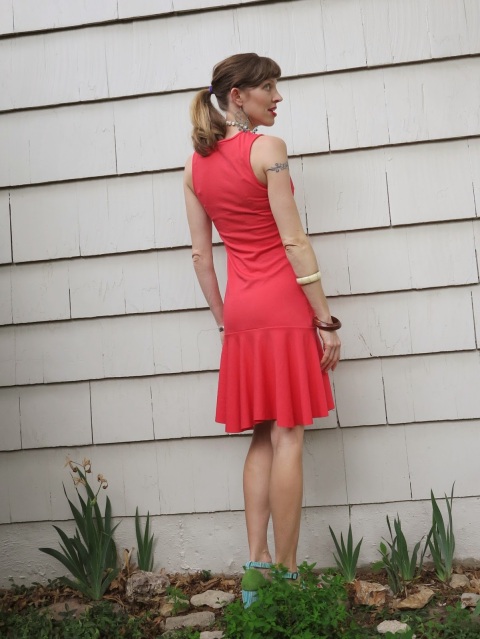 This was a quick make and intended for a only few wears, so I didn’t take much time to work out the fit with the new pattern changes. I think I need to add a couple of fish eye darts in the back to fix those back wrinkles. The length is barely acceptable at the front, but I simply didn’t have enough fabric to make that flounce any longer and I wasn’t willing to compromise with a different fabric. It’s ok for a day…as long as it isn’t windy. 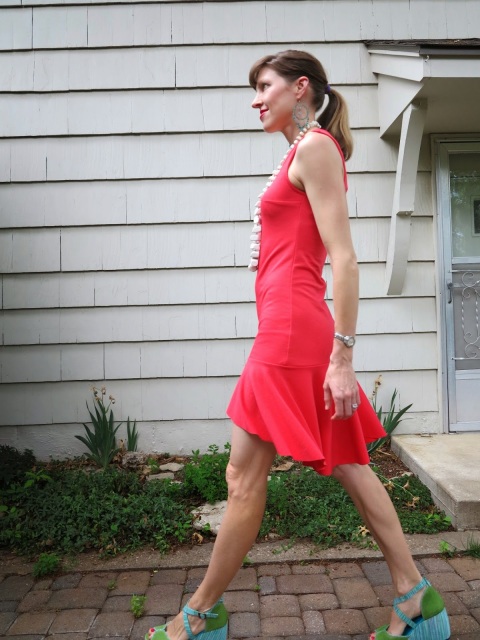 I quite like this little red dress paired with a crop top. I’ve mostly been wearing this top as a vest over my Jaywalk dress, even though I originally made it to pair with it’s matching Esther shorts. There’s a little bit of blue and white in it which I think will give me a pass by the costume department for our street party. 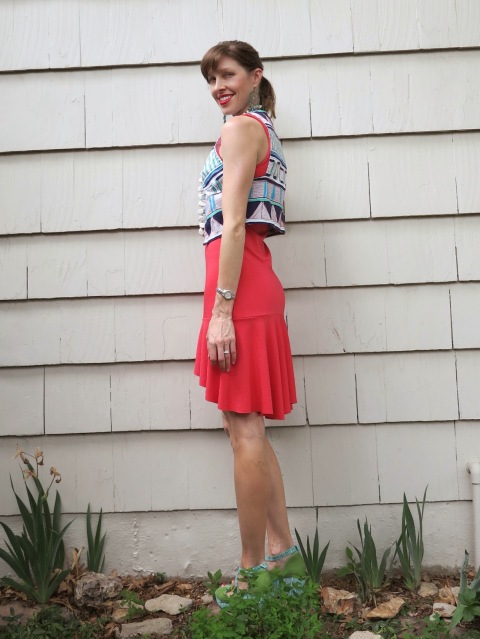 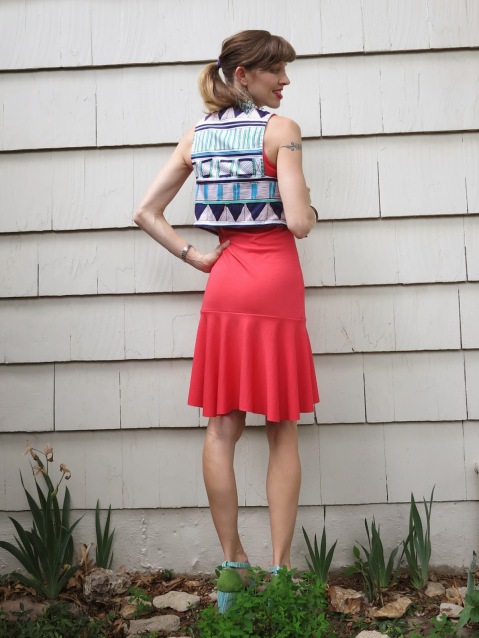 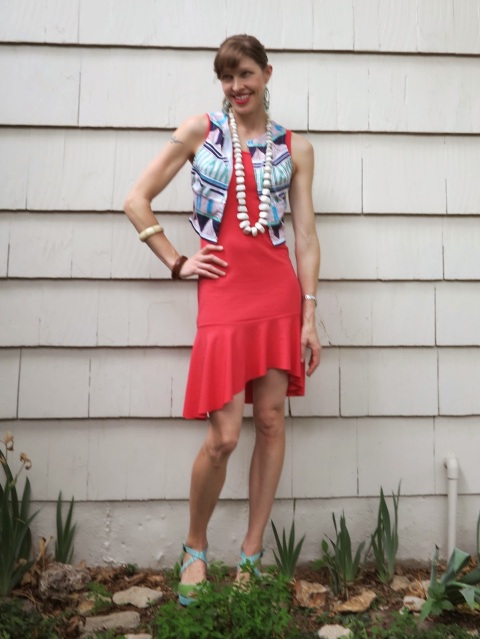